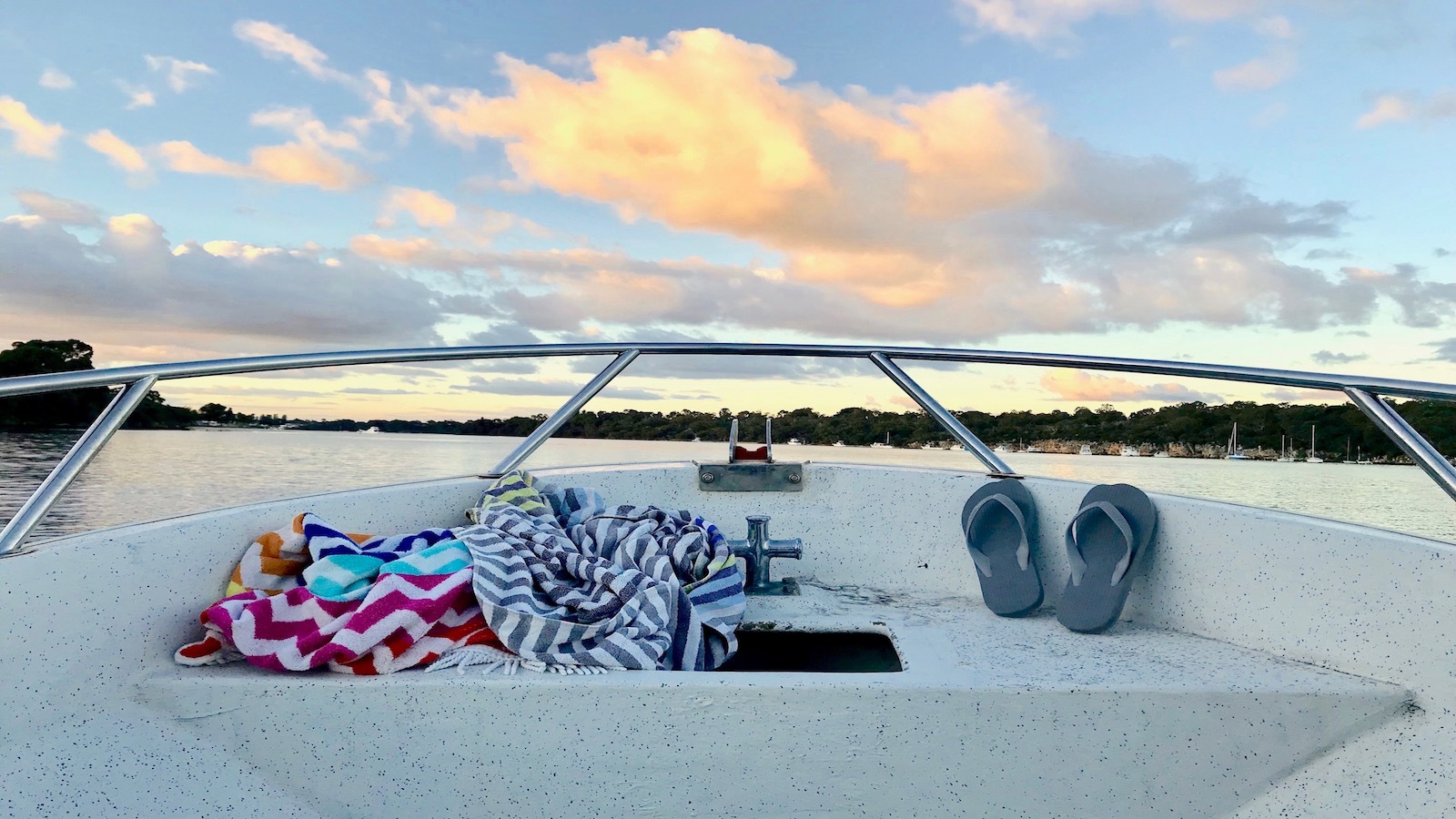 The Running of the Cows. (Thongs in Spanish - Chancletas)

When your driving down a Spanish motorway at 140kmh and you see a black silhouette of a big horned, ballsy bull the size of a two story building for the tenth time, thats when you know how serious the Bull is to this country. I was about to find this out, up close and personal. We're on our way down the Spanish coast from Barcelona, heading to my in-laws place on the Costa Blanca. Its July and it's hot. Perfect. After 5 hours on the road we pull into the Villa late in the afternoon, which luckily enough was also cocktail hour. Which could have been any hour really, but today... this was it. A nice refreshing Gin and Tonic by the pool was all that was required. The sun was setting. The birds and crickets were chirping and I was in heaven. My little meditating booze buzz was disturbed by the sound of Hip Hop bass in the distance. As I listened, it was getting louder and closer. BOOM BOOM up the valley. I could feel the vibration as the sounds source pulled into our driveway in the form of a convertible canary yellow Beetle. The valley entered a vacuum of silence when the music turned off with the cars engine. No more birds, no more crickets. This only lasted a second but seemed much longer as my Spanish mate Juan bounded out of the VDub. "Hola, amigos." Juan's a very excitable bloke and man he was really excited this time. It turned out we were in the middle of festival time and his village, Benimarco, was having a big party tonight. We had to go. So I donned my Double Pluggers, we all pilled into the Yellow Beetle and off we went, destroying the tranquility of the valley once again.

It was just getting dark by the time we got up to Benimarco via a very twisting and turning mountain road. The place was beautiful with string lighting across the streets overlooking the Mediterranean way below. Music was playing and the place was buzzing. The festival was in full swing. We grabbed ourselves a couple of beers and made our way towards the town square. As we got closer I could see a massive timber barrier was in place around the entire square. "What's going on here Juan?" I asked as I peered through the solid timber slats at the makeshift arena. "Bull Running!!" He shouts, jumping up and down clapping his hands. We watch as the young men of the village gather in the centre of the arena around a raised platform. They look a little nervous and excited in their anticipation. The gate on the other side slides open and the tension increases as the crowd amps up. I'm waiting for the big bulls of Pamplona to come charging out, snorting and frothing, looking for fresh flesh to impale. Instead, out trots a smallish young black bull looking more bewildered to be out there than anything. The crowd is cheering and clapping with delight. I crack up laughing... "Running of the Bulls?" I laugh. "More like running of the Calves." "You watch." says Juan. As he says this, the "Calf" charges into the group of men. They scatter as one guy, not fast enough, is flicked into the air. He comes down hard onto the bitumen, almost on his feet. Tumbles. On the ground, he looks over his shoulder as the bull turns back towards him, head down. He springs to his feet with a contorted face of fear, running for the ladder like barrier. Up he jumps, higher I expect than he naturally could under normal circumstances with out a bull up his ass and holds onto the barrier like a cat on a curtain. He looks down at his grazed knees as the bull snorts at him below before trotting off. "Ole!!" roars the crowd. I have another big gulp of beer and look around at Juan's nodding head. "See, I told you, huh? They may be little, but they're real nasty."  He says with a sly grin. "Why don't you have a go Aussie?"

I have another long swig of my San Miguel, hand him the empty and without a thought (unfortunately the beer was talking) I climb up the barrier fence. Straddling the top, I survey the arena. If I could make it to the raised platform in the centre, I should be sweet. The bull is distracted on the other side. Now's my chance. I scramble down the barrier into the arena. As I plant my foot down onto the bitumen, it feels kind of soft and warm. I look down at my foot to see two alarming realities. One, I have thongs on, "shit!" and two, I have just trod in a big pile of it. I look down with dismay as I lift my foot out of the bull shit. It's almost completely covered. As I'm trying my best to shake it off, I was vaguely aware of the crowd becoming louder along with the unmistakable sound of cloven hooves on the road. It was close. I look up to see the young black bull bearing down on me from around the perimeter of the arena. With nostrils flared and eyes wide he thought he had me. I go to take off for the centre platform, but the shit was against me and I slipped on it falling to the ground. This turned out to be a master stroke as the bull wasn't expecting this little manoeuvre and went straight over the top of me. "Ole!!" The crowds loving it. I got to my feet as the beast was turning to line me up again. This time I got some traction and was off like a shot. Flip flop flip flop flip flop across the arena I bolt. You know it's real when you can feel the heat of it breath on your ass and the warmth of it's shit between your toes. I'm waiting to be flipped as I approach the platform. The hooves were close. I jump up onto the platform half expecting to trip. I make it and turn to see the bull standing at the edge of the platform looking at me, tail swishing, stamping his front hoof on the ground....he's really pissed off. I'm up off the ground and feel relatively safe with a couple of other guys up here with me on our island of sanctuary. The bull trots off. The adrenaline is pumping. I look down at myself for any signs of injury. Apart from being covered in shit, I look pretty good.  I hear once again the sound of approaching hooves. I look up. Bloody hell. The black bulls charging back towards us.... hard. "Surely not" I think as I start back peddling. With surprising grace the bull jumps up onto the stage. "Ole!!" The crowds really involved now. He pauses for a moment like he even surprised himself. The others are gone and for a second it was just him and me eye balling each other. Then I'm off, literally like a streak of shit, back towards the barrier. Fortunately the bull takes a little longer getting down than he did getting up and as I get some distance, I let out a slightly mad laugh as I approach the barrier when I suddenly throw a shoe. My right shit covered thong flies off, skidding away. Without thinking I change course uttering an anguished moan. Behind I can hear the bulls scrambling hooves on the road as he does the same to follow. Without missing a beat I swoop down and grab my loose Double Plugger in my hot little hand, then head back towards the barrier. I take the leap and grab on ready to scramble up to safety when Bull shoves his nose under my ass and flicks me up and forward to the top of the barrier. I hang on, still with my cow shit covered Double Plugger in my hand. Once again I'm straddling the top, back where I started. Juan call out below. "Hey amigo." and hands me up a frosty cold San Miguel smiling broadly. So with my beer in one hand, my thong in the other, covered in bull shit and bull snot dripping off my ass I hold my hands up high. "OLE!!" Probably my finest moment.

They love their seafood in Spain, hence the choice of Silver Gardie for this local señora.